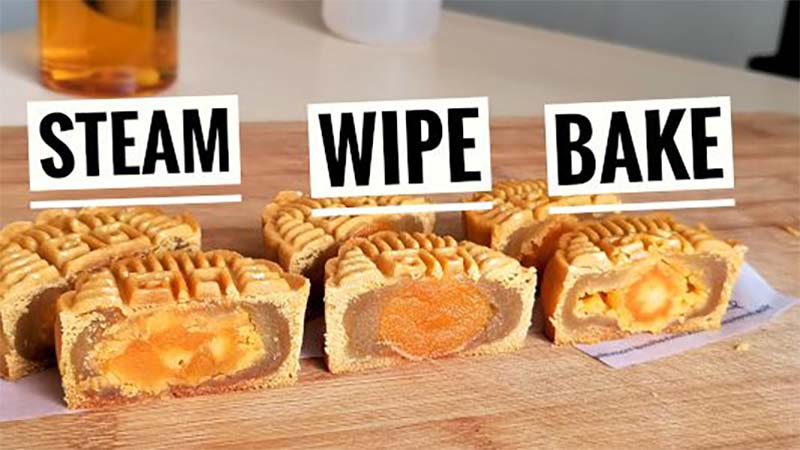 Su Shi, a famous writer of the Northern Song Dynasty, has a line in the poem "Leaving Goodbye Lian Shou", "Small cakes are like chewing moon, with crisp and glutinous rice", which is often regarded as a poem describing "moon cakes". There are even some Chinese netizens who use this sentence as a basis to forge a few sentences, which are difficult to distinguish between true and false, and directly mistype the title of this poem as "Moon Cake".

On the Internet, there are some articles that introduce "Mid-Autumn Festival culture", but they do not test the authenticity of this poem, and they quote them one after another, which is inevitably ridiculous. Of course, this poem has nothing to do with moon cakes in our today's sense. It just says that there is a dessert that looks round like the moon and uses ghee and sugar as the filling. This dessert is not only eaten during the Mid-Autumn Festival, it is also a daily dessert.

Later, in the Southern Song Dynasty "Wulin Old Story" and other books, it is mentioned that there is a kind of pasta called "moon cake". Many people directly mistakenly believe that people in the Song Dynasty have already eaten moon cakes on the Mid-Autumn Festival. In fact, this is not right. The food called "moon cake" in the Southern Song Dynasty was just a daily delicacy, and this kind of food didn't look like the "cake" we eat today - it was steamed, more like buns.

To admire the moon in the evening, the pavilions and pavilions of wealthy families are decorated with lights, while ordinary people come to the restaurants one after another. Everyone enjoys various performances, lively and lively until all night. In addition to crabs and fruits, between the Northern Song Dynasty and the Southern Song Dynasty, Zheng Wang's "Shan Fu Lu" mentioned that the seasonal food on the Mid-Autumn Festival was "playing with moon soup". In fact, in the Mid-Autumn Festival custom at that time, there was no such thing as eating moon cakes.

The custom of eating moon cakes during the Mid-Autumn Festival did not begin until the Ming Dynasty, but the moon cakes at that time were much larger than today's. Legend has it that in the Yuan Dynasty, in order to resist foreign rule, the Han people used "cake" as a secret code and agreed to revolt on the 15th day of the eighth lunar month in the Chinese lunar calendar. Later, the custom of eating moon cakes was established on the Mid-Autumn Festival. 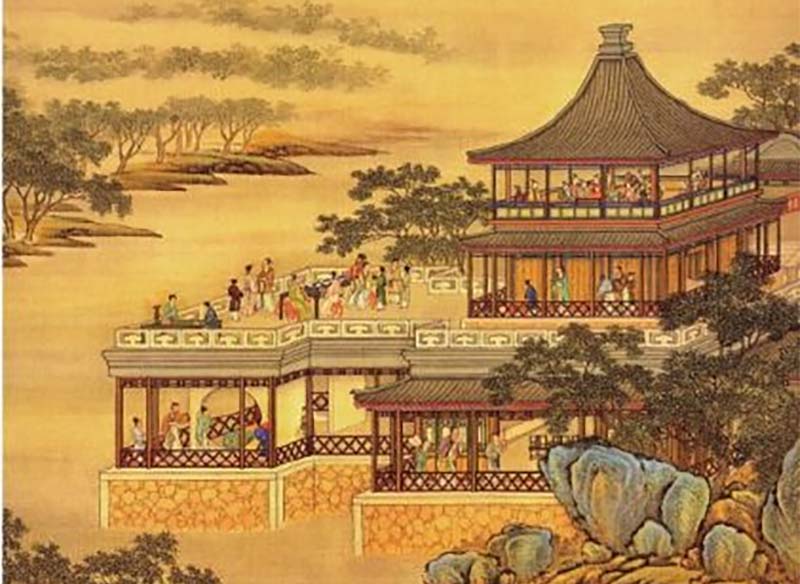 On this evening, there are swallows who admire the moon, or they take a boat with them to travel through the dawn. Above the Su Causeway, walking together to sing together is no different from the day. "At this time, people began to give moon cakes to each other during the Mid-Autumn Festival, which was regarded as a symbol of reunion. The eunuch Liu Ruoyu during the Wanli period recorded the Mid-Autumn Festival in the imperial palace and the folk in Beijing at that time, and also mentioned moon cakes. "(Chinese lunar August) in the palace to admire begonias and hosta flowers. Since the first day, there have been moon cake sellers.

In addition to giving each other moon cakes, they will also give each other watermelon and lotus root as gifts... Until the 15th day of the eighth lunar month, every family will offer moon cakes and fruits. After burning the incense on the night of the full moon, they drank and drank it, and there were many people who disbanded the feast at night. If there are any leftover moon cakes, they will be collected in a cool and dry place and shared with the family at the end of the year, meaning "reunion cakes".

The moon cakes, which symbolize reunion, were also called "reunion cakes" at the time. Together with watermelon and lotus root. So that, it is the standard gift for relatives and friends on the Mid-Autumn Festival, and which it is also the main offering for the moon at night.

The difference between the moon cakes at that time and today is that they were very large. If there were rappers at that time, they would definitely sing: "Look at this moon cake, it's big and round!" Volume 2 of the "Scenery of the Imperial Capital" records: "On the fifteenth day of the eighth month, the sacrificial fruit cake must be round; when the melon is divided, the teeth must be carved with wrong petals, like a lotus...

Moon cake and moon fruit, relatives and relatives give back to each other, and the cake has - those with a diameter of two feet." This means that the moon cakes were very large at that time, and even reached "two feet in diameter", which is about 66 cm in diameter, which is as big as a common bicycle tire. Of course, such a big moon cake cannot be eaten by a single person. Sharing this big moon cake with the whole family is exactly the meaning of "reunion". 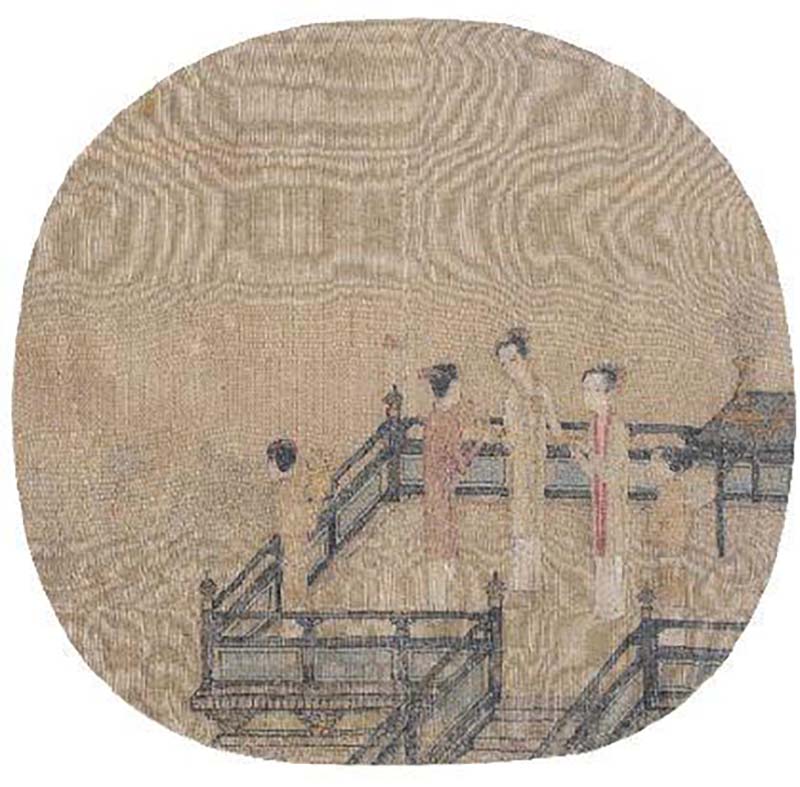 Because the moon cakes on the Mid-Autumn Festival were generally relatively large at that time, in the early Ming Dynasty, this kind of "cake" was not called "moon cake", but "tai cake". Zhu Quan, the seventeenth son of Emperor Taizu of the Ming Dynasty, recorded in the "August Moon" article in the "Book of Immortals and Immortals": "On the fifteenth day and night, when the golden essence is strong, the moonlight is at its peak. A cup and plate for wine and food. It is to make a cake and eat it together, which is called seeking reunion in August." This record is very clear. At that time, the family shared a large moon cake.

The custom of this "big moon cake" continued until the Qing Dynasty. For example, Datong County Chronicle records: "Mid-Autumn Festival: After the first day of the eighth lunar month, every cake shop is opened to make cakes, which are called moon cakes... The cakes for the moon are as large as three or two feet, and they are called reunion cakes. I share it with my family. But I don’t share it with my relatives. The moon cakes distributed to my relatives are made separately.”

Until the late Qing Dynasty's "Yanjing Sui Ji", this kind of large moon cake was also recorded. "The Mid-Autumn Festival moon cake is the number one in Qianmenzhimei Zhai, and there is not enough food in other places. Even the moon cakes are available everywhere. The shape of a toad and rabbit in the Moon Palace is painted on the top. There are those who eat after the sacrifice, and those who stay and eat until New Year's Eve, which is called the reunion cake."

In the imperial palace, there are even large moon cakes weighing dozens of catties. Basically, after the Qing Dynasty, the small moon cakes that are convenient to eat also began to become popular.

What flavors did ancient Chinese moon cakes have?

Today, in addition to the common flavors such as red bean paste, jujube paste, five kernels, egg yolk, lotus seed paste, etc., mooncakes with various magical flavors emerge in an endless stream. For example, chocolate mooncakes, abalone mooncakes, durian mooncakes, roast duck mooncakes, etc., there are only unexpected ones, but nothing that can’t be seen.

In ancient times, the taste of moon cakes was much inferior. The simplest one was just a solid dough cake. Of course, there are also some mooncakes with slightly more particular flavors.

Yuan Mei, a great genius in the Qing Dynasty, recorded a kind of "Liu Fangbo moon cake" in his famous gourmet book "Suiyuan Food List" completed in Nanjing. The method of making this kind of moon cake is "use Shandong flying noodles, make crispy skin, use pine nuts, walnut kernels, and melon seeds as fine powder, add rock sugar and lard as filling, it is very sweet, and the fragrant pine is soft. Greasy and unusual."

This kind of short-skinned mooncake filled with various nuts is similar to the five-nut mooncake that is much talked about today.

Zeng Yi's "Zhongxielu" in the Qing Dynasty recorded a method of "crisp moon cake" in detail, use white ash noodles, and half of them are steamed in a retort, so that no moisture can be seen. Half of the survivors are mixed with lard and cold water. The steamed noodles are then mixed with lard. Use a ball of raw oiled noodles, wrap a small ball of cooked oiled noodles, and roll it out with a rolling pin to make the mouth of a teacup. Fold it into a square, then roll it into a ball, and then roll it again. Shape into a square, then enclose the filling.

It is made with cake printing, cooked on the kang, and just wait slowly. The pastry filling is made of cooked noodles, sugar, walnuts, etc., and a little sesame oil is added, and it will not disperse. This kind of home-made moon cake is obviously also filled with puff pastry and nuts. "Dream of Red Mansions" also records the moon cakes eaten by Jia's house, which basically belong to the category of five-ren moon cakes.

Most ordinary people eat five kernels, but the taste in the imperial palace is a little richer. As far as the fillings are concerned, there are candied fruit fillings, orange sand fillings, jujube paste fillings, and sesame, salt and pepper fillings. . This is a lot more refined than ordinary moon cakes, but compared with today's various flavored moon cakes, it pales.

The famous fresh meat mooncakes in Shanghai are very likely to be found after the 1970s. Another example is snowskin mooncakes, which were invented by Hong Kong companies in the late 1980s. - ten years.

Previous: The characteristics of microcement and the whole process of construction

Next: The Secret of Successful A GUIDE TO BRICKLAYING TOOLS 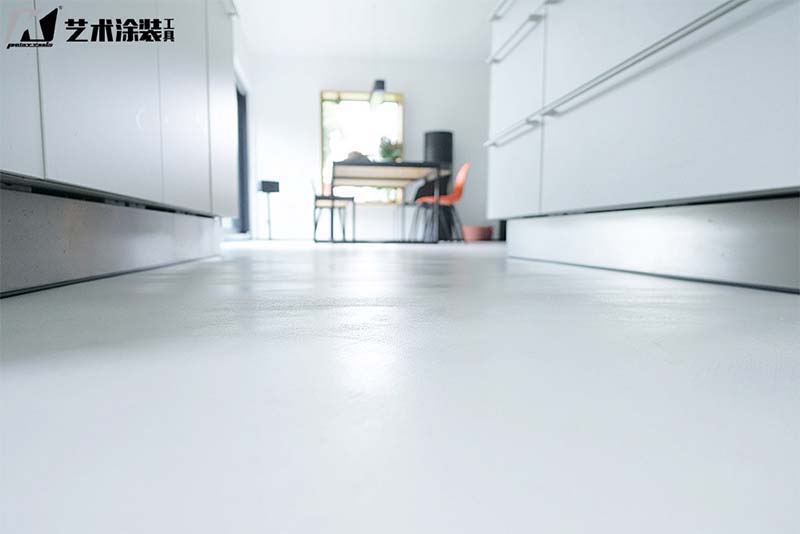 Ideal microcement for floors and walls Microcement is an exceptional and versatile type of coating...

How to maintain and clean microcement? No matter what kind of material it is, it requires a certai...